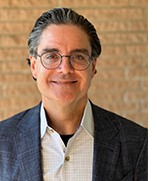 J.H. Cullum Clark is Director, Bush Institute-SMU Economic Growth Initiative and an Adjunct Professor of Economics at SMU. Within the Economic Growth Initiative, he leads the Bush Institute’s work on domestic economic policy and economic growth. His work focuses primarily on the challenge of creating prosperous, high-opportunity regions, cities, towns, and neighborhoods. He has written and spoken extensively on macroeconomic policy, economic development, workforce development, housing, technology commercialization, and the role of anchor institutions in local economies. He is the co-author of The Texas Triangle: An Emerging Power in the Global Economy, published by Texas A&M Press in 2021. Before joining the Bush Institute and SMU, Cullum worked in the investment industry for 25 years. He served as an equity analyst and portfolio manager at Brown Brothers Harriman & Co. (1993-96), as a portfolio manager at Warburg Pincus Asset Management (1996-2000), as President and Chief Investment Officer of Cimarron Global Investors, a Dallas-based hedge fund firm (2000-02), and as President of Prothro Clark Company, a Dallas family investment office (2002-18). Prior to entering the investment industry, he served for one year on the staff of the U.S. Senate Select Committee on Intelligence. Cullum fulfilled a lifelong goal by earning his Ph.D. in Economics at SMU in May 2017. He earned a B.A. in History from Yale University in 1989 and an A.M. in Political Science from Harvard University in 1993. Cullum's volunteer leadership activities include serving on the boards of Uplift Education, the Eugene McDermott Foundation, the Yale University Art Gallery, the Foundation for the Arts, and the S.M. Wright Foundation, as well as on the investment committee of SMU. After graduating from Yale he lived for one year in Japan. Clark and his wife Nita have three daughters: Lili, Annabel, and Charlotte.